This is a recipe for incredible red enchilada sauce given to us by a family friend, Marilyn Yeamans. "Marilyn's" is technically a misnomer since she apparently got it from Rancho de Chimayo, a restaurant in Chimayo, New Mexico? But that's how I think of it.

The recipe below is how my lovely FW, Erin, makes it. 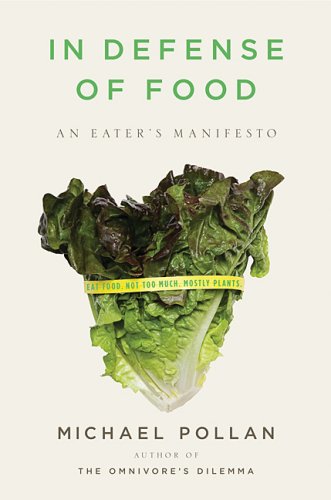 I finished reading a quite remarkable book the other week, In Defense of Food, by Michael Pollan (Amazon).

In it, Pollan tears down mainstream thinking on food and how to eat - "nutritionism" - arguing that to be healthy, one simply should "eat food, not too much, mostly plants".

But in a deeper sense, the book is an efficient and persuasive critique of science, pointing out how its failures over the last century have led us Westerners to a diet that slowly kills us. Those failures are:
These failures in the 40's and 50's led to the environmental disasters that we struggle to clean up today, and these failures in the 70's, 80's, and 90's led to the public health disaster that is only beginning to emerge.

Tim Russert died of cornary artery disease, one of a constellation of "Western diseases" rare outside the "civilized" world. As scientists, we all share the burden of his death and the duty to improve our field so that it truly and fully serves the interests of the people.
Posted by Reid at 7:14 PM No comments:

Why You Should Vote Republican

John McCain Is Not a Moderate On Reproductive Issues

John McCain would have you believe he is a moderate. In 1999, he explained (quoted by Cliff Schecter via Joe Conason):

I'd love to see a point where [Roe v. Wade] is irrelevant, and could be repealed because abortion is no longer necessary. But certainly in the short term, or even the long term, I would not support repeal of Roe v. Wade, which would then force x number of women to [undergo] illegal and dangerous operations.

But what does his 2008 campaign website have to say on this issue?

John McCain believes Roe v. Wade is a flawed decision that must be overturned, and as president he will nominate judges who understand that courts should not be in the business of legislating from the bench.

I didn't go digging for this. It's the first paragraph on his "Human Dignity and Sanctity of Life" issue page.

Perhaps he honestly cares about reducing the number of abortions. If so, he might want to encourage broad access to contraception and sex education, since he probably remembers what young people tend to do (and what he tended to do as often as possible when he was young and not so young).

On these issues McCain might, in other words, think for himself. Instead he merely parrots the ... far right, who vainly hope to prevent sex but in fact promote teenage pregnancy - and abortion as well as sexually transmitted disease - by blocking contraception and sex education. He simply doesn't care about [or doesn't understand] the toxic effect of these policies on young women. He prefers mindless posturing to thoughtful policymaking, as he demonstrated a year ago when he fumbled reporters' questions about condoms, contraception and AIDS...

Not only is McCain computer illiterate, he lacks even basic understanding of how condoms work. The New York Times was there:

Q: ... Do you think contraceptives help stop the spread of HIV?

Read the rest of the exchange if you think I've quoted him out of context to make him look dumb. The reporter goes on to ask him specifically about condoms, and McCain still has nothing.

Further reading: "Of condoms, Clinton, Obama and McCain", by Rahul K. Parikh, M.D. (Source for point #2 above.)
Posted by Reid at 8:51 PM No comments: 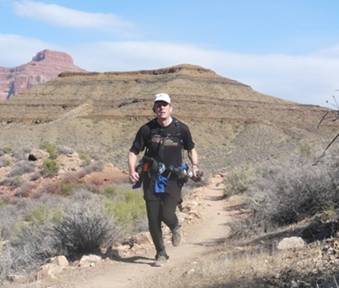 This man is named Davy Crockett, and he took a dayhike from the North Rim to Boucher Creek and back in 33 hours. That's 78 miles. Details.
Posted by Reid at 2:09 PM No comments: Above is a photo of my 2nd flush of shittake mushrooms, taken this morning. I harvested all 7 mushrooms today and the yield was 5.8 oz, down slightly from 7.5oz in 4 mushrooms for the first flush.
Posted by Reid at 9:05 PM 2 comments:

Last week, Barack Obama came to St. Paul to declare victory in the Democratic nomination battle. The rally was downtown at the Xcel Energy Center. I attended with colleagues Shilad Sen, Andrew Sheppard, and Rich Davies and some of their wives/friends/colleagues.

Doors were set to open at 7:00 pm. We managed to find the back of the line about 6:15. Rich appeared mysteriously -- he said he'd been tracking the rest of us from the opposite side of the line for several blocks. We got in line on Kellogg between Wabasha and Cedar (about 0.85 miles from the front, as it computed later!). The line continued to grow at a walking pace as people streamed past us on both sides.

As we were waiting, we did a little awkward Internet surfing on Shilad's smart phone and discovered that Barack had only 10 delegates to go. This would be the night!

Bob Collins at MPR created this map of the line as part of his excellent writeup of it. As it turns out we were only about halfway back!

We had been doing some math. I'd estimated that 3 people per foot of line: this converts to about 1.25 miles for 20,000 people, the approximate capacity of the Xcel Energy Center. While we were waiting, Rich counted counted people and came up with a much more generous figure of 1 person per foot. As it turns out, however, 17,000 people got in while 15,000 more had to watch on the jumbotrons outside. Assuming that 1 mile of line got through the doors, that's 3.2 people per foot; if the total line containing 17+15 = 32,000 people was 1.7 miles long as Bob Collins figures, that's 3.6 people per foot.

Anyway, we stood around for a long while, until 7:30 or so?, with one false start where we gained about half a block. Then the line started moving and we shuffled slowly towards the Xcel.

On 5th St. we got word by text message that no food or umbrellas would be permitted inside. This reminded me that I was carrying my Leatherman tool -- yipes! However, one of Katy Sen's friends was kind enough to let me go back to her car and stash my tool inside. So there was a mad dash by me several blocks up St. Peter and back to the line.

After 2.5 hours waiting we finally got through the doors and wound our way through the bowels of the Xcel to some really excellent seats. I was surprised that they were still available since the place was mostly full when we arrived. We didn't have long to wait.

First up was JoAnn Syverson, someone I didn't know. Turns out she is a communications professor at the U of M and didn't hear until the day before that the campaign wanted her to introduce Barack. Anyway, she gave an excellent speech. Her body language read clearly even though we were so very far away.

Shilad got a great shot of her giving the first really big crowd response line of the night ("I love being a Democrat, and I love Barack Obama!", you can see it on the closed caption): And here's a video of her speech:


We were expecting another introductory speaker, but no: "Ladies and gentlemen... please join me in welcoming Michelle Obama [crowd stands, loud cheering begins] ... and the person we know will be the Democratic party's nominee [louder] and the next President of the United States, [even louder] Senator Barack Obama!" The crowd goes absolutely bananas.

Pandemonium continues. It takes a minute and 44 seconds from when Barack Obama comes to the podium until the crowd calms down enough for him to speak.

It's an awesome speech. Here's the video:

And here's my panorama of the scene (click for bigness):

It's an extremely enthusiastic crowd. I timed some of the big response lines:
The New York Times provided a transcript. Here's the money quote:

And that was it. What a night.

I will be incredibly proud to cast my vote this November.

John McCain also gave a speech June 3. And, well... even Fox News thought it was awful. Attendance was 600. I won't subject you to the whole thing, but here is a mashup between McCain and Obama on June 3. Don't miss the dehydrated babies line at 1:20.


Finally, I leave you with a photo of John McCain: