On the causes of the Cerro Grande fire

I read a very interesting book on the Cerro Grande fire, a prescribed fire that got out of hand and torched the homes of over 400 Los Alamos families in the spring of 2000. I was in college at the time. The book is: Inferno by Committee: A History of the Cerro Grande (Los Alamos) Fire, America’s Worst Prescribed Fire Disaster.

It was a really interesting read, albeit somewhat infuriating at times. The following is the book’s interpretation of events, which I found quite persuasive.

The central question: “What caused the Cerro Grande fire?”

Notably, the question “what started the Cerro Grande fire?” is of pretty much no consequence. It is true that the Park Service made some mistakes with the prescribed fire, and the Forest Service exacerbated these mistakes, leading to Cerro Grande escaping control. But this is essentially irrelevent – what we really care about is: “Why was the the fire so destructive, and why were so many homes lost?”

A big fire in Los Alamos was inevitable, and it was only bad luck that it was a prescribed burn that started it. (The Dome Fire of 1996 very nearly came into town in essentially the same way that Cerro Grande did, and the Las Conchas fire of this year would probably have come into town if not for the fuel removal by Cerro Grande.)

The official investigations focused almost exclusively on why the fire started, rather than the bigger picture. In particular, a hasty and incompetent witch hunt that released its “findings” only a week after the fire passed through town (while it was in fact still burning in other locations) defined the popular understanding of the fire’s causes with falsehoods that still form the conventional wisdom today.

Anyway, the answers are:

The fire was so destructive because the fuel load in the forests surrounding Los Alamos was far in excess of what is healthy for a dry, Southwestern ponderosa pine forest. A healthy ponderosa forest has remarkably few trees, just a few dozen per acre, with grassy meadows beneath the trees, and it burns at a low intensity every 10-15 years.

Instead, a policy of overgrazing, logging, and fire suppression left the forests with up to tens of thousands of trees per acre and a thick layer of dropped pine needles on the ground – a huge quantity of fuel just waiting for a fire and some wind. And the Forest Service was largely uninterested in forest health and fire preparation, preferring to focus on resource extraction (mostly logging) that actually lost money for the U.S. government.

So many homes were lost because of poor preparation. The wind-driven crown fire largely missed the town; most of the burned homes were ignited by either ground fire or embers falling from the sky, which are relatively straightforward to prepare for.

Residents generally failed to prepare in the years before the fire: for example, they did not keep vegetation away from buildings, remove pine needle accumulation from yards, or install fire-resistant roofing. Further, and inexplicably, firefighters failed to bulldoze a fire break around the west side of town when they had the opportunity – during two days of calm weather, the fire paused on the south side of Los Alamos Canyon, and bulldozers were in town and ready to go during those two days.

Either or both of these actions could have saved the bulk of the homes that were lost. The would have reduced the number of structure fires in town, and that would have freed firefighting resources to deal with more effectively with the structure fires that did start.
Posted by Reid at 12:00 PM No comments:

I’m visiting my sister in Salida, Colorado this weekend. 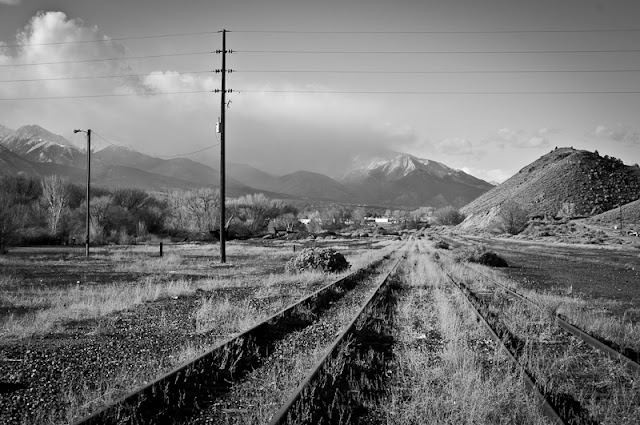 Erin and I walked up to Natural Arch on Sunday. This was one of my favorite walks when I was a little kid. Of course, it’s not a forest hike anymore; very little of the walk seemed familiar.

The big views are fun, but I do miss the woods. I suspect it’s greener in the spring and summer – the scrub oak would be green, and supposedly there are a lot of aspen up in the hills. 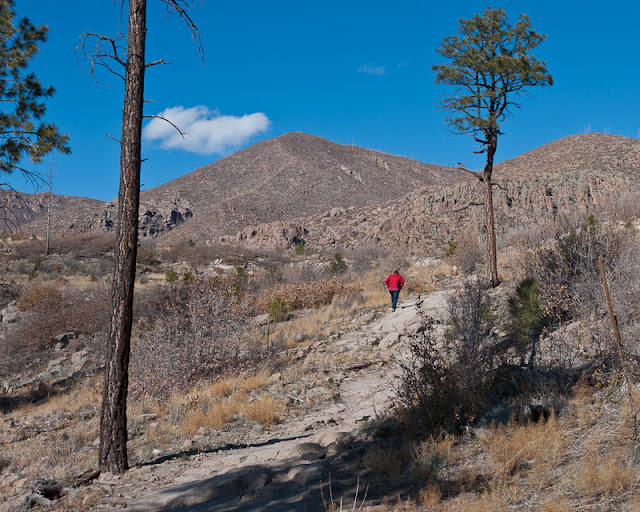 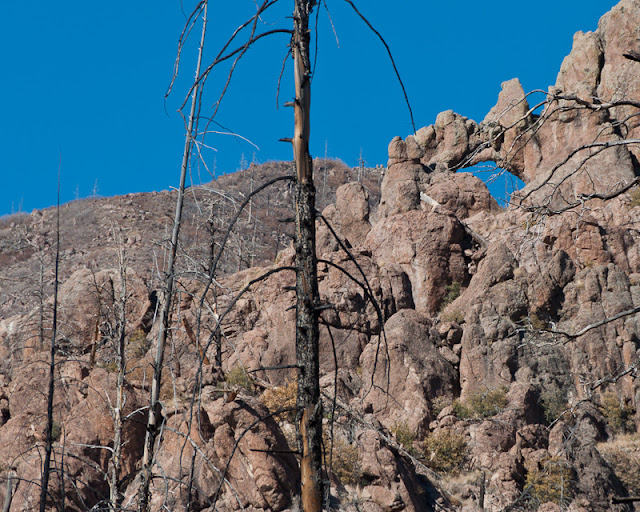 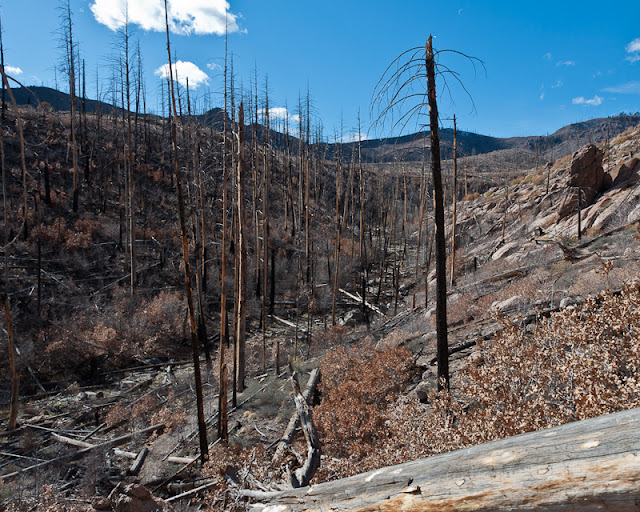 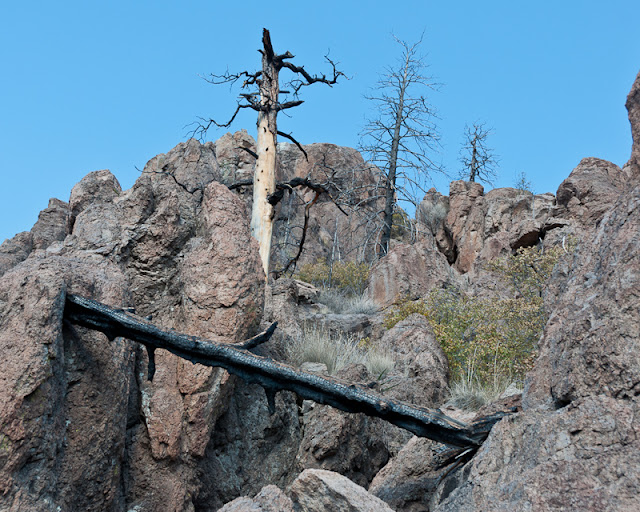 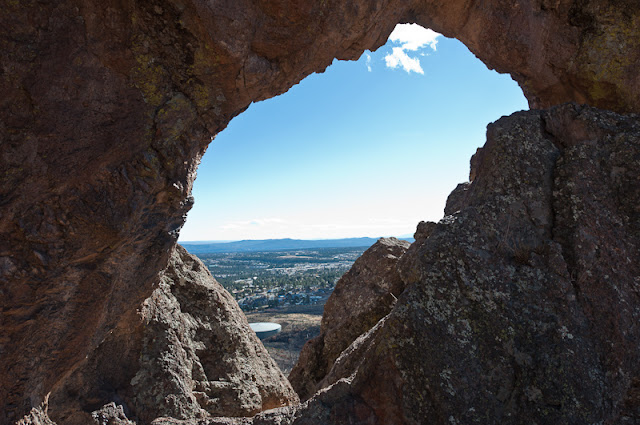 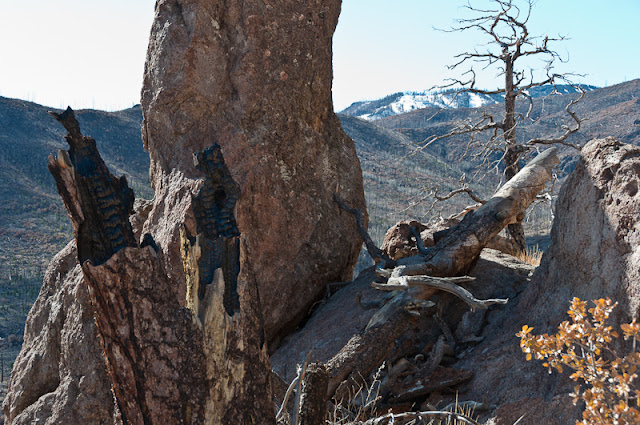 Cave of the Winds hike

Erin and I went up to see Cave of the Winds yesterday. This is a small cave (more or less one room perhaps 100 feet long) about a half hour’s walk from our house.

We’ve now been in Los Alamos for a couple of days. No stuff yet – we’re camping out with a card table and inflatable bed in our mostly empty house – but so far it’s pretty nice.

For example, we can go on walks like this, down the Red Dot Trail, just a few minutes outside town: 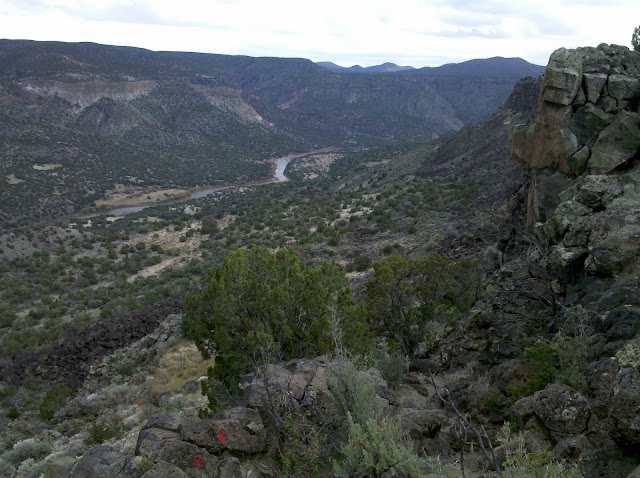 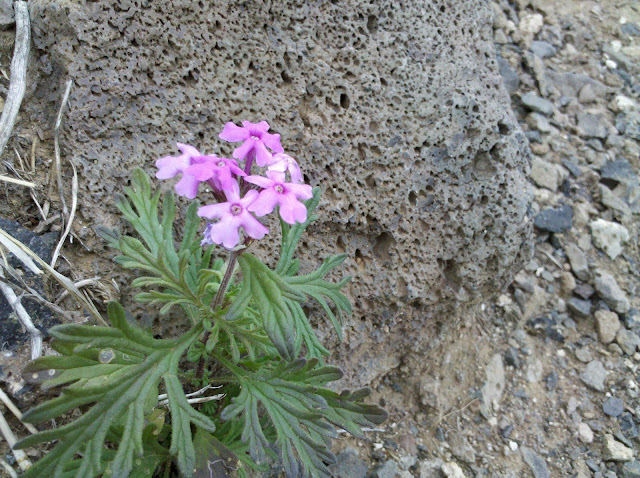 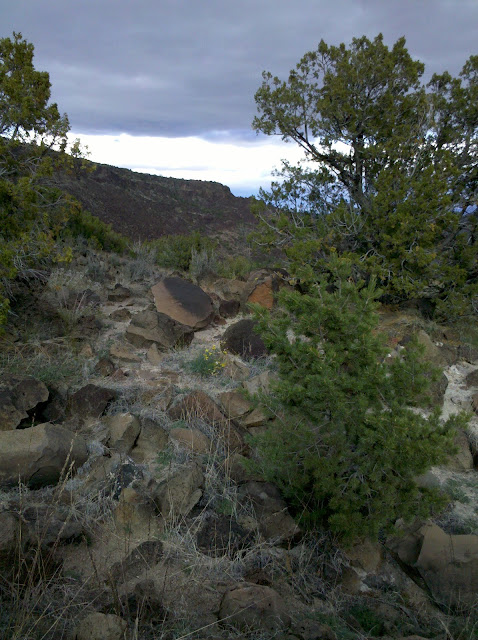 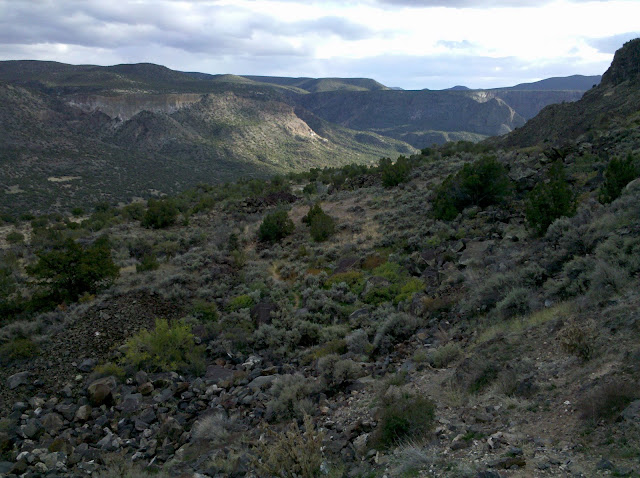 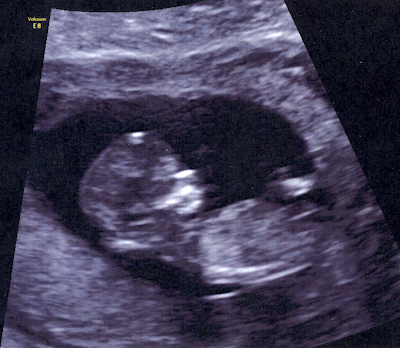 Erin and I are having our first baby, due in mid-May.

If you’d like to follow along, we have a private blog for friend and family – please e-mail me and I’ll add you.
Posted by Reid at 8:53 PM 1 comment: