Rendija Canyon in yellow and blue

One of the interesting things one can do in black and white photography is change which colors are represented in the final image. For example, the following two images are two interpretations of the same capture: 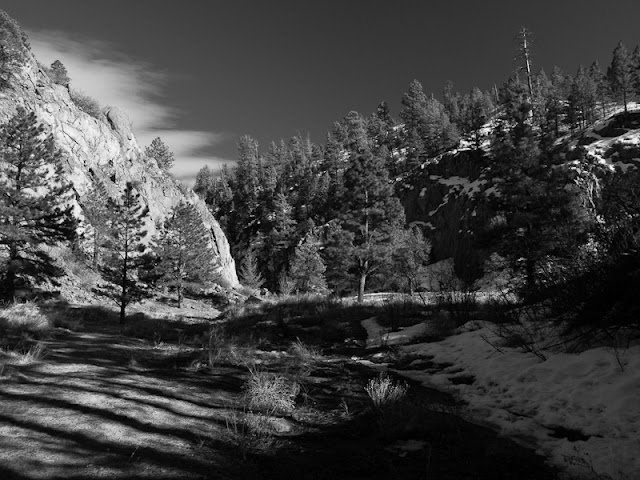 This one is a yellow “filter”; that is, the brightness in yellow has more influence on the final result than brightness in other colors. This is a fairly common treatment.

Back in the days of film, one had to make filter choices ahead of time and use actual pieces of colored glass. Now it’s all done in software. 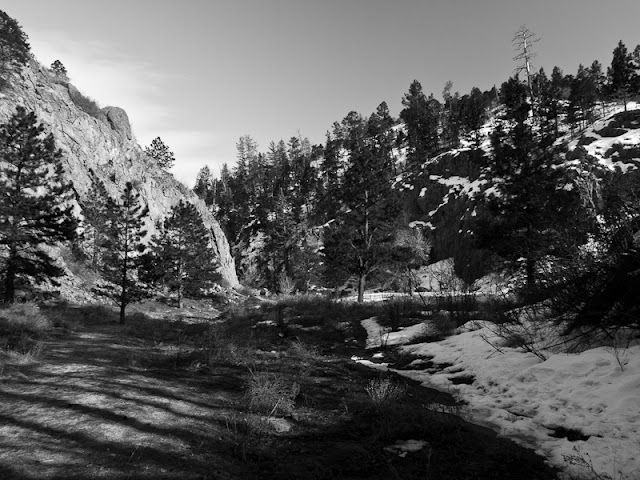 This is a blue “filter”. These days it’s more unusual, but many of the first films responded only to blue, leading to the washed out skies look of photographs made with those films.
Posted by Reid at 12:00 PM