So far, Irene is pretty much a non-event in my neighborhood. Currently, winds at ground level are breezy, and often calm. At treetop level, my (inexperienced) guess is that the steady wind is Beaufort force 5 (18-24mph) with gusts of force 7 or 8 (31-46mph). This is significantly less than was expected now, though it's supposed to continue building until 5 or 6pm. The rain has stopped (it was never heavy after I got up today) and radar suggests there won't be much, if any, more. I've opened some windows because it is stuffy and humid in the house (88% according to our thermostat).

Things seemed pretty safe outside, so I went out to poke around. 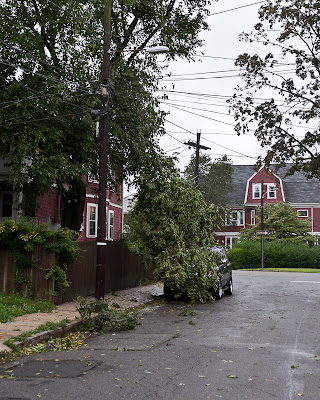 The most “serious” damage I saw, around the corner from our house. The broken branch is touching some power lines, so there'll be some attention needed on that. (The car is undamaged, and it had been moved by the time I came by again on my return.) 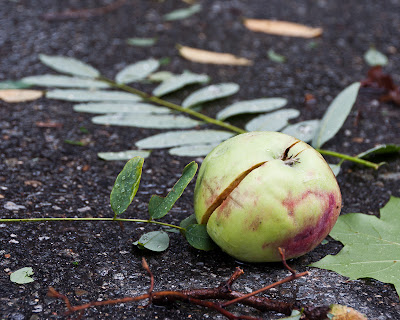 I did not know there was an apple tree in the park. 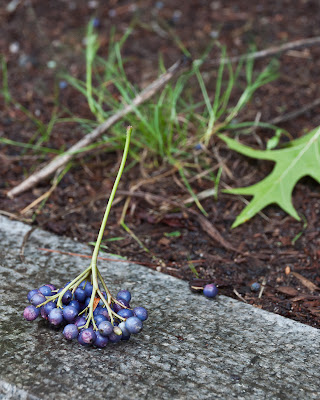 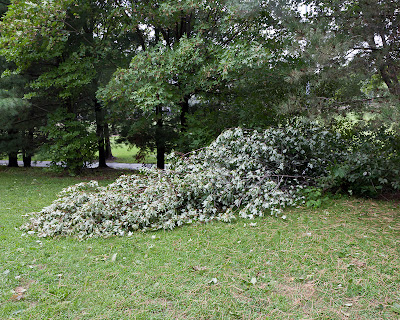 Another big branch down in the park.
Posted by Reid at 12:05 PM