Last night around 6:30 the storm seemed to have pretty much wound down, so I went out for a walk around Fresh Pond. 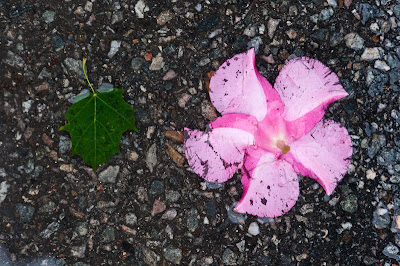 Blossom in the street. 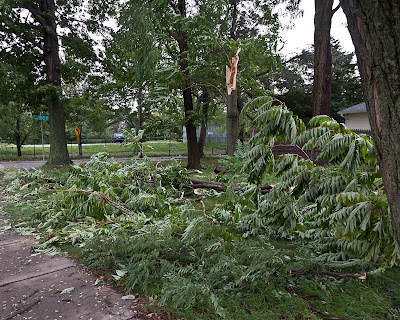 This tree had broken off. It has apparently blocked the road and been dragged out of the way already.

There were quite a lot of sticks and leaves strewn around the neighborhood. 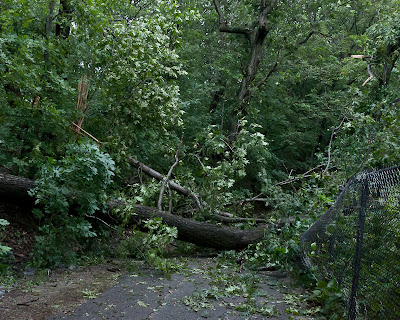 This large tree was down across the path around Fresh Pond. (Note that the greenery in the background is standing, undamaged trees.)

After returning home, I paid less attention to the storm, which still gusted occasionally, and went about my business until it was time for bed. I looked out the windows (as I often do before bed) to discover this: 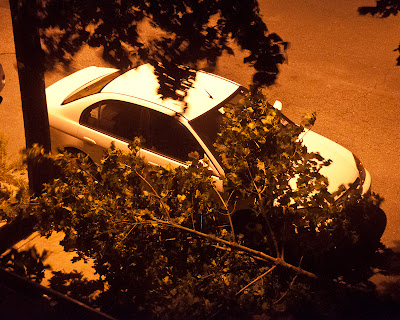 Fortunately, the car was undamaged. However, it seems my assumption that the storm was more or less over was incorrect – I'm pretty certain I would have noticed this when I returned from my walk about 8pm.

In the morning, there was a lot more tree damage in the neighborhood than I expected based on my observations of the storm. Perhaps we have wimpy trees around here? I've been in some pretty memorable windstorms while camping, and it sure didn't seem that Irene was as windy. 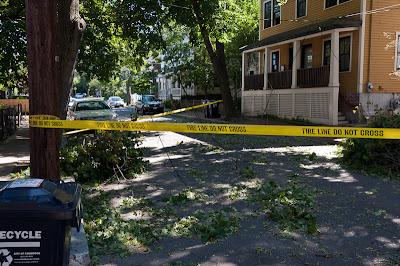 Street blocked off with some power lines down. 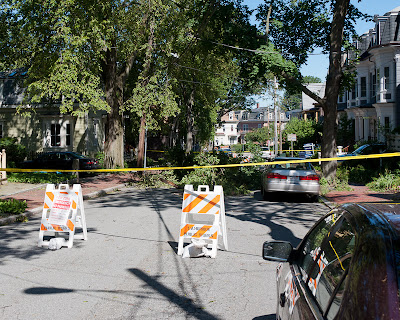 Another mess in the road.
Posted by Reid at 7:01 PM