Bandelier hikes with Ben and Katelyn

Today, Erin and I, along with Ben and Katelyn, spent the day in Bandelier. 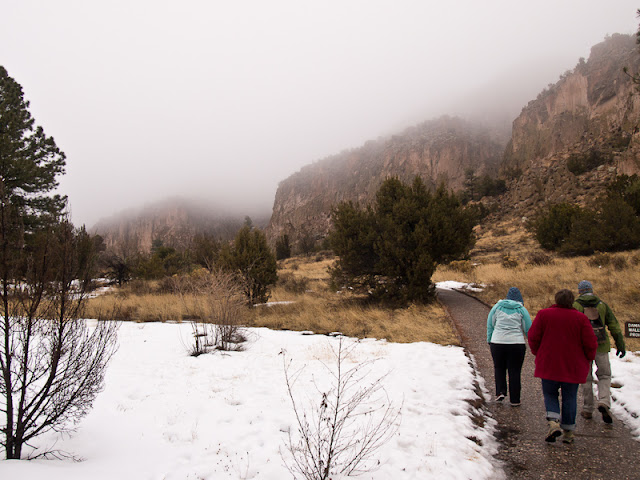 We met up in White Rock, and the drive in had an unusual and mysterious mood, because the fog level was about 6,300 feet as we approached the monument. This meant that instead of big views, the drive into the park was a spooky journey through thick fog.

Upon arrival, we walked the tourist loop in drizzling rain. Ben tried to walk across the creek on the ice and fell in. We were moderately soggy by the time we got back to the visitor center and had a surprisingly good lunch at the snack bar. Note: The “Sally Fries” use actual cheese. The only problem is that the snack bar has no indoor seating, so it was a little chilly.

After lunch it had cleared up a little and we hiked down the Falls Trail. 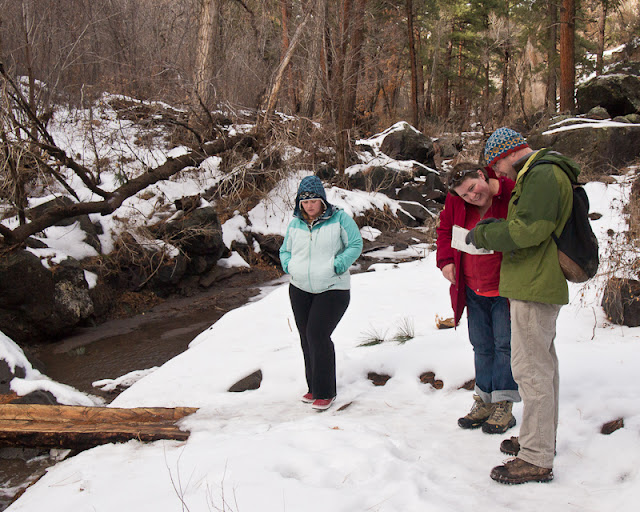 Here, Ben is interpreting one of the numbered landmarks along the trail. The quality of these interpretations was rather low, as it turns out Ben was either making it up entirely or reading from a pamphlet for a different trail. 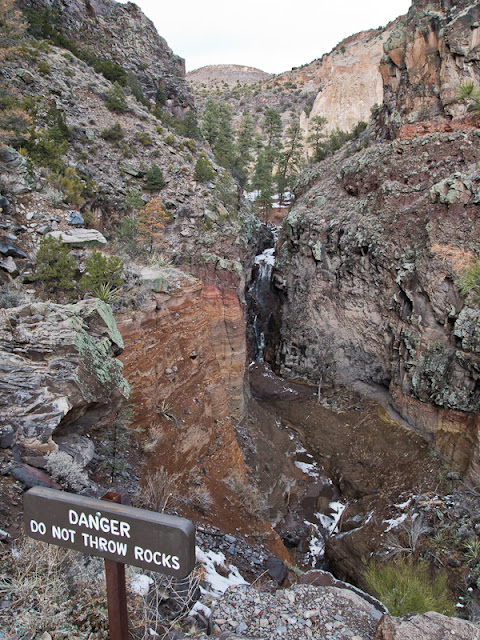 Upper Falls. Sadly, the trail is closed beyond this point due to flood damage. I tried to figure out when it might reopen, and estimates from various Park Service sources ranged depressingly from “still closed” to “never”. Apparently they believe the washed-out section is damaged beyond repair. I’d be very surprised if there really is no possible route for a rebuilt trail, but I’m sure resource limitations and bureaucracy make it a difficult task.