One of the most fun things to do during my high school years was to order some pizza, wrap it in a towel, and take it down Hell’s Hole (a rubble heap / lava tube cave in White Rock Canyon) to eat. Ben, I, and several of his friends set out yesterday to do this. 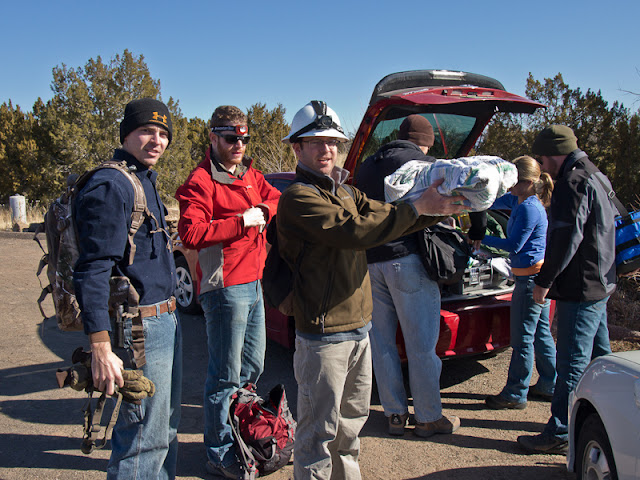 One complication: The pizza joint in White Rock did not open until an hour after the designated meeting time. So, Ben got a rotisserie chicken instead, which he presents proudly in the photo above. 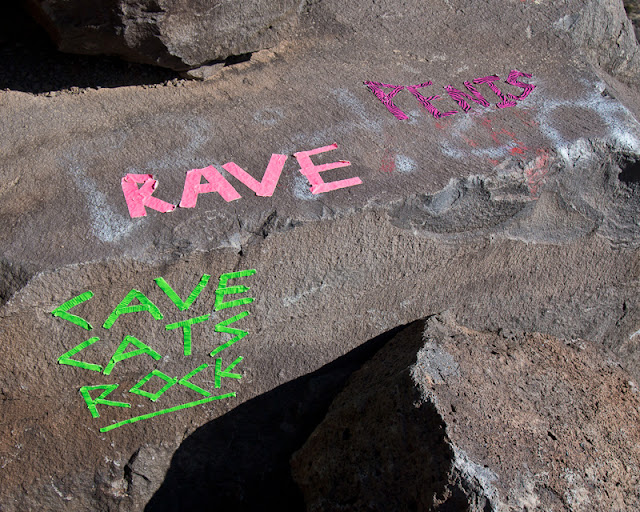 Hell’s Hole is filled with remarkably sophisticated and classy graffiti. The colored tape is a technique I’m not familiar with. 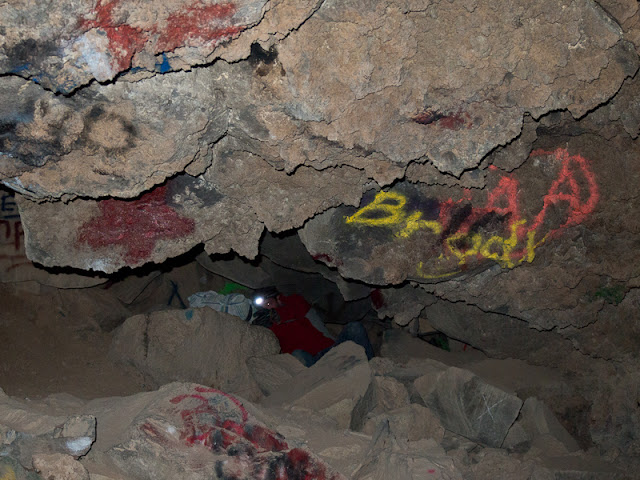 One of our band emerging into the big room with a chicken. 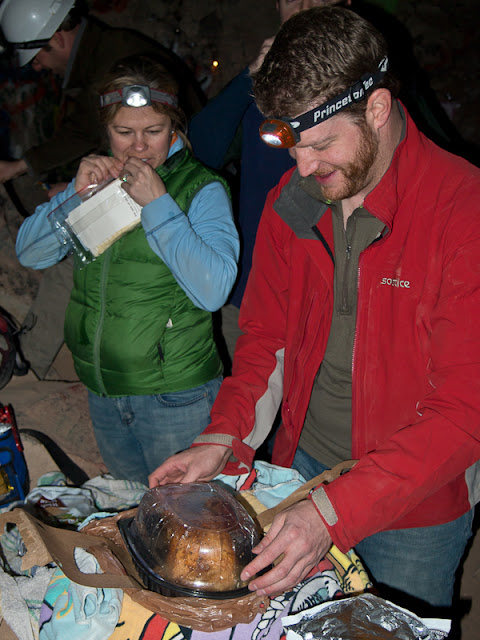 Laying out the chicken and other lunch items. It was a pretty good lunch, but not quite as good as cave pizza.
Posted by Reid at 2:00 PM